It’s Saturday morning and I am at the Oktoberfest site in Downtown Kingsport, getting ready to set up my booth. I got to in to town late yesterday afternoon. I spent the night before and most of the day on Friday getting everything ready and packing my old trusty CR-V. There is a lot that goes into setting up and pouring homebrew at a festival. One of the things I did was to bake minature butternut squash pies and mini cupcake sized pies. I am going to try to infuse my Butternut Squash Ale with mini-pie slices. I honestly don’t think it’s going to add anything to this beer, I am doing it mostly for presentation. I wanted to do something memorable. Something that people will talk about. Worse case senario is that it turns into a big gloopy mess and clogs up my lines. If so, I’ll just bypass the infuser. I made several pans of the mini-pies for people to eat. I think it will be a nice treat for the V.I.P.s who paid for early admission. I used the butternut squash that was left over from brewing the last batch. It cooked really well in the beer wort, and it has some bitterness because the whole leaf hops were cooked with it in the mesh bag. For anyone who is interested, here’s the recipe:

Step two, remove the squash and hops from mesh bag, freeze until the day before you intend to make pie. Then thaw it.

Ok, We’ll see how it goes. For now, I got to set up everything. Before I do that I just want to give a shout out to everyone that I hung out with at the “Growl at The Moon” Friday night pre-party. It was great chilling out with Jimie Barnett of Barnette’s Best Brew who I happen to be set up next to today. When ever Jimie and I hang out, things get rowdy. It’s like Snoop Dogg said ” Compton and Long Beach together, now you know you’re in trouble.” I also want to go give a big shout out to Matt (who is featured in my Brewer’s Summit video) for providing some incredibly strong and tasty libations. Also it’s always a pleasure to see and hang out with Erick from Studio Brew . A big hug for Kitty and Erica from Highland Brewing who are staying at the same hotel as me. We hung out and had drinks at Stir Fry cafe last night and then shared a cab last night and back to the site this morning.

Well I have a whole bunch of work to do today. I will try to post as much as I can, but if it gets too busy I’ll at least post pictures up. Stay tuned.

All set up and ready to pour. Richard is here and I have Flipper and Lindsey from Johnson City helping me out. Since I am set up, I think I’m going to wander about & check out what else is here. 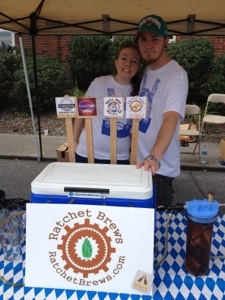 Wife and husband Lindsey and Flipper were an enormous help all day! Thanks y’all, you rock!

Who had the best barrel aged beer at Kingsport Oktoberfest? This guy, Erick from Studio Brew.

Society of Fermentation. I had their curry stout and it was great. It won an award.

Had a little near panic moment when I realized that my iPhone battery was almost dead. Luckily I brought this along:

This little device has saved the day on more then one occassion.

The bier garden is open and the beer is flowing.
Knox Beer Snob Don is here with his festival buddy. They have a master blaster thing going on. 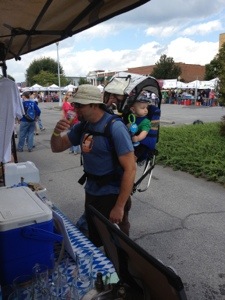 Don and the Next generation of beer snob.

I was wondering why it wasn’t busy. Then I found out that so far it was only VIPs, here comes the rush!

Well Kingsport Oktoberfest is in full swing. The best part of beer festivals are the people that you meet. Fellow homebrewers are my favorite. Like the crew of Music City Brewers.

Only beer I have left is my Rauchbier and a keg of Terrapin’s Rye Pale Ale that we’re infusing with cascade and centennial hops.

My beer ran out fast 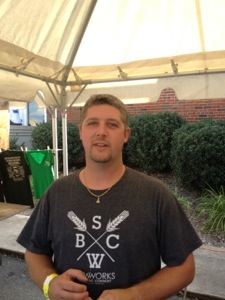 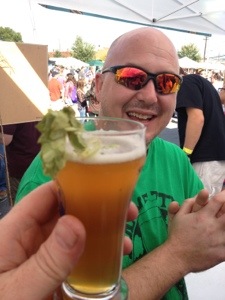 Jimie’s neck must be hurting for the weight of all the medals that he won for his great beer.

So many pictures, so little time, sobriety & patience to post. Here’s a picture of me with my friends from Highland Brewing. 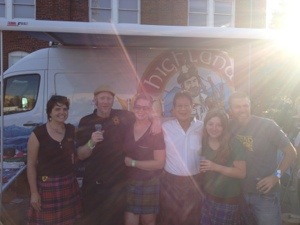 Lens flare and some random guy on the end.

My friend Steve of Friendship Brewing couldn’t make it, so I poured his Misty Melon watermelon kolsch for him. It won an award

Those wild and crazy guys from legit brew were set up next to me. Good people with good beer.

What do you do with a slice of Butternut Squash pie that has been in an infuser all day, and is beer soaked? You eat it, duh.

Went to Stir Fry cafe after packing up the booth. Had dinner and a beer with Moccassin Bend brewery and Studio Brew. The place was packed and people were dancing on the sidewalk. 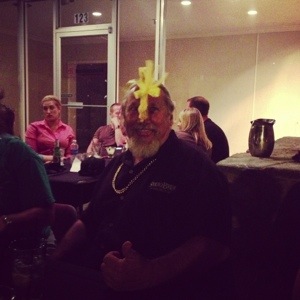 Erick of Studio Brew being a goof ball. 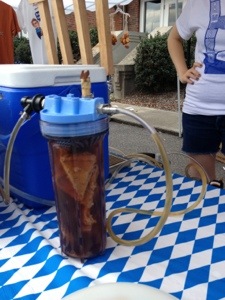