LIVE From the Tennessee Winter Beer Festival in Townsend #KnoxBeer 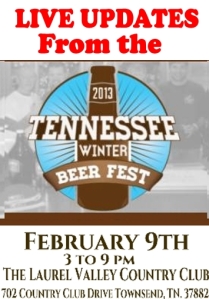 Hello there from the Laurel Valley Country Club in Townsend Tennessee! I will be reporting live all day about all the beer, food, fun and camaraderie at the 2nd annual Tennessee Winter Beer Festival. I will also be posting pictures, LOTS of pictures. So if I met you at the festival, and you happen to see your picture on my website, I’d love to hear from you. Please leave a comment below.

2:10 pm: Still setting up & waiting for Brewers to arrive. Hope everything is ready for when the doors open at 3. 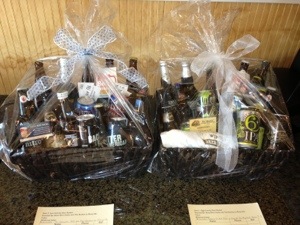 Baskets of rare beer to were one of the many items to bid on for the silent auction. 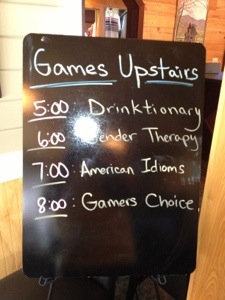 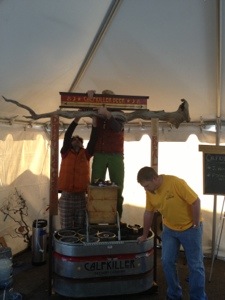 3:20 pm: The doors are open and the beer is flowing! Prosit! 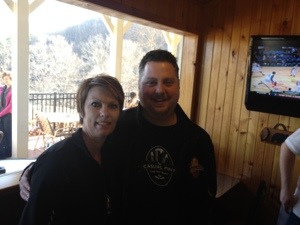 Heidi & Nathan from The Casual Pint

Mike from The Market in Maryville & Rob from Knox Beer Snobs

4:45 pm: I just finished walking around serving jalapeño poppers & talking to many great people. Thanks for the support!

Todd, El Presidente of The TN Winter Beer Festival Board

I helped the Kitchen staff for awhile by serving these incredibly tasty Jalapeno poppers. 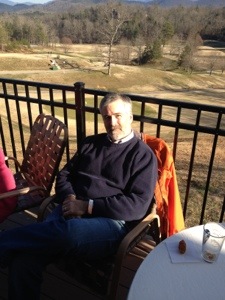 Attendees enjoyed the beer and weather on the back patio 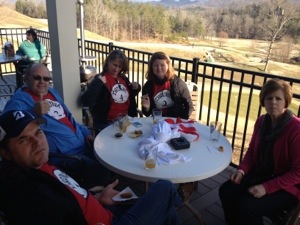 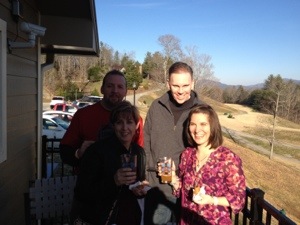 I love the contrast of the shadows and light on this picture, Great time speaking with y’all.

This gentleman looks like he is having a great time. 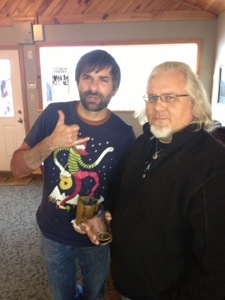 Really cool guys I enjoyed speaking with. Send me an email sometime, let’s get together for a beer or 3.

I really enjoyed speaking with all the other homebrewers that I met.

5:50 pm So many good beers & good people. I took a quick break from beer to drink some water & I’m now sipping on Smoky Mountain’s Russian Imperial Stout. Check out my untappd feed to see the tasty beers being consumed.

Bands provided the soundtrack to the fest. 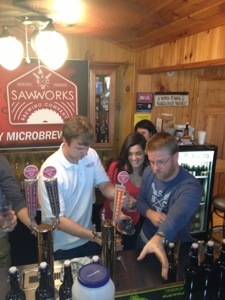 6:30: Just ate some food upstairs. Loooong line. Calfkiller ran out of most of their beer & is down to their classic Stout.

Calfkiller’s beers went rather fast. Here they are down to their last keg of stout.

Andy shared cigars with other attendees. Here his is sharing one with Katie Duncan.

Don of the Knox Beer Snobs hollering something or other during dirty pictionary.

8 pm: The festival has an hour to go until it’s over. Most of the brewers are out of beer. Making plans with brewer friends for afterwards. 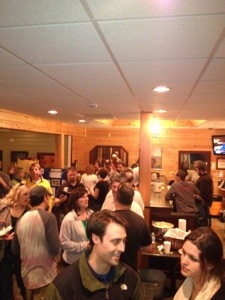 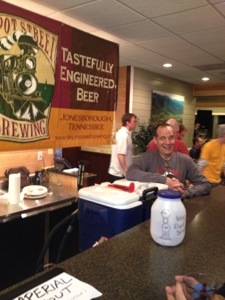 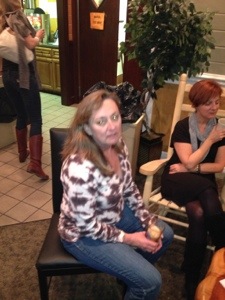 Chris who organizes Knoxville Brewers Jam grooving to some music.

All the Proceeds went to the New Hope Advocacy Center. http://www.BlountKids.org

9:28 pm: The TN Winter Beer Fest has come to an end. My phone died for awhile, but a lot happened in the last hour. Calfkiller won the People’s choice award. I want to personally congratulate Robin Carbaugh who bid on and won a keg of my homebrew in the silent auction. I look forward to bringing you some tasty beer.

The bidding sheet for my homebrew

Adam Palmer from Saw Works announcing the winners of the silent auction.

Update, the next morning: Thankfully I took care of myself yesterday by eating, drinking vitamin water & slowly sipping my beer so I’m hangover free. I want to thank everyone involved in putting this wonderfully cozy little festival together. With any luck, I’ll be participating as a pro-brewer pouring my beer for everyone. I’ve been updating this site through an app, but once I get to a computer I’ll upload a few little video snippets & add in links. Once again, if our paths crossed at this festival, I’d love to hear from you. Please post a comment below.